There are people who leave footprints on your life. Even when they are gone you can see the tracks they have made and the impressions they have left – changing the terrain of your life.

"Robert P. Heath of Liberty Township, a well-known and respected area businessman through association with the hospitality industry, particularly the Avalon Inn and the Wick-Pollock, passed away on May 21, 2012. He was born March 24, 1928 in Washington D.C."

I met Bob Heath when I was 14, he and his wife, Jacquie, and daughter, Heather, were new additions to the local A.R.E. study group and he was a big presence. To those who only met Bob in the last few years, you were lucky to have known him, but you missed out on a lot.

He brought great speakers and teachers to the Youngstown area, and introduced me to teachers who changed my life forever. Would I have met Linda Schiller, who taught me to be a psychic, or Ron Roth, who showed me what healing could be, or any number of other people (including my first boyfriend) that I might have never met without Bob. Would I be the man I am today without his influence? 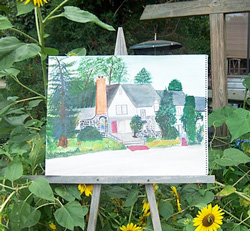 "Robert was an inspirational and gifted speaker, always caring for others, offering physical and spiritual guidance. He brought compassion and scholarly knowledge to hundreds of people in the community, while inspiring them with his deep and thorough understanding of life’s principles. He has touched lives across many states with his travels and lectures, and has distinguished himself in the field of art, exhibiting his intense and soul-searching watercolor paintings."

No one who met Bob was neutral about him and he made some great enemies – if you were never on the wrong side of an argument with Bob, consider yourself lucky. He was generous to a fault with his friends and while he shared so much of his passion with the world he was often still a mystery. I knew Bob for more than 20 years. His daughter is my best friend and I still know very little of his life, only meeting a very few of his other children and learning almost nothing of his life before he discovered Cayce.

"In 1945, he began his career working for the FBI under J. Edgar Hoover, attended George Washington University and gained experience in business. He and his wife, Jacquelyn Williams (Heath) moved to the Youngstown area in 1983 establishing his presence both in the business field and leadership in the Association for Research and Enlightenment, also known as the Edgar Cayce Foundation. He coordinated programs and brought nationally known speakers to the Valley and established spiritual study groups that have been meeting for over twenty years."

With all due respect to his family, I think Edgar Cayce was one of the greatest devotions of his life. I often think that Bob introduced more people to Cayce in these last few years than the A.R.E. has – he spoke to thousands at psychic fairs and lectures about Edgar Cayce, "Have you ever thought about your past lives? Well, are you familiar with Edgar Cayce? Edgar Cayce was the most famous psychic of our time…" I heard him speak those words so many times my lips moved with his, but he told people about Cayce – He taught and he preached.

Thousands of people in dozens of cities - He was a missionary, an evangelist, a teacher.

I already knew about Cayce, but Bob was constantly dredging up facts I never knew and he had a great mind for context and use – What does this Cayce reading mean to me and how does it relate to today? His curiosity and drive were never ending. 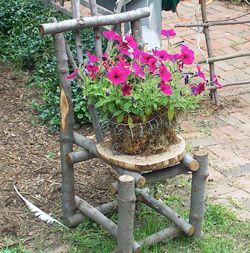 He was a great teacher and even in death he is teaching, offering comfort and healing.

He passed Monday morning a bit after a quarter past five, I dreamed about him soon after. We were at a restaurant on the way to some psychic fair (where else would we be?) with a few other people, I don't remember them. He looked healthy and strong again. Not young, I never knew Bob when he was young, but he looked more like himself than I had seen in years. Someone we were with said to me, "I thought Bob was sick, but he looks great!"

"Of course he looks great," I said, "He has all our prayers and energy with him. He's fine, it’s the rest of us who need help!"

Bob is fine, and some of us are getting help.

I was driving to my parent's house the day after Bob died and I got the loud message to call a friend who had been close to him, I told her the story of my dream. She has been having health problems for a while and was taking Bob's death quite hard. She told me she had cast the astrological chart for the time of his passing and was stunned by how beautiful it was – there was nothing to be scared of!

Yesterday she called me, she had another health scare and for a minute thought it was the end, but for the first time, after many such scares, she wasn't afraid. She had been terrified of death but this time, with the last lesson Bob could teach in this life, she was not afraid.

In his seventies Bob Heath embarked on a new career, traveling to psychic fairs with his wife Jacquie and helping people and talking about past lives and Edgar Cayce. I do not know if he was afraid, but he taught those who knew him to be brave.

He taught us – Be Not Afraid.

"He will be sadly missed by his family, including his wife, Jacquelyn, his daughter, Heather, and his grandson, Jayden. He leaves behind relatives in North Carolina and Florida and was preceded in death by his parents, his sister, June and his son, Michael B. Heath. Arrangements have been entrusted to Staton-Borowski Funeral Home." 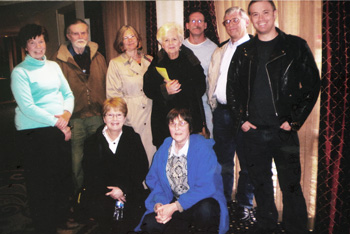 The service was beautiful and I believe it was recorded, so if you are interested in hearing it, please contact me.  Linda Schiller-Hanna did a great job and I got this very cool photo of her. 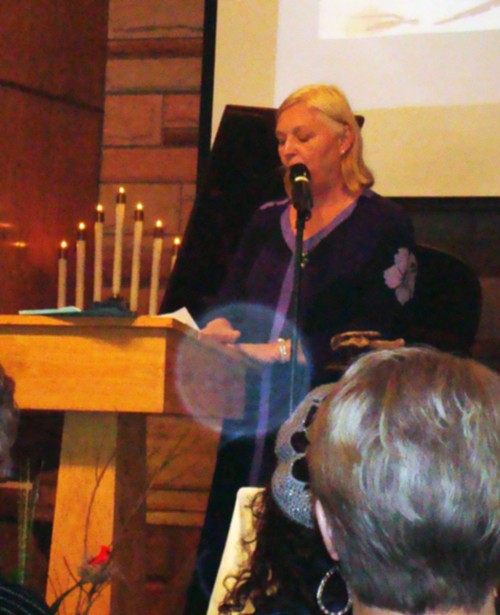 Our singer and friend Linda V 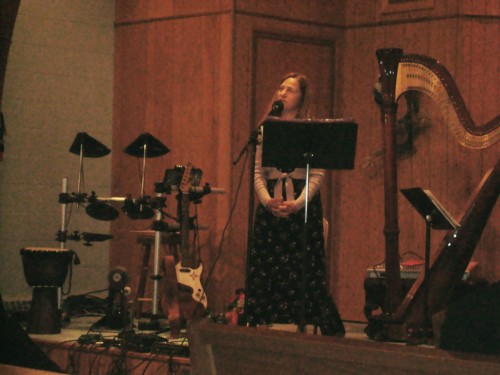 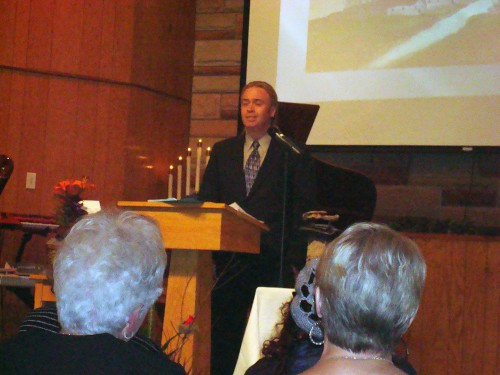