I rarely have the time during readings for "Direct Intervention" – healings, ritual, and demonstration teaching.  There just isn't time to do it right, so Spirit and I use words and direction instead.  Works great, but I sometimes sit with a person and think, there is so much more we could do if we had the time – hours or even days.

However, sometimes a client is open to setting aside the standard reading and working in a comepletly Spirit-led direction. I had worked with Sue a few times in the past and jus as the reading was about to start, the message came to me:  It was time for Grounding.  We had talked about grounding in previous readings and meditations, but while she had intellectualized the idea of grounding, both during psychic work and walking around time, the reality of what it felt like was escaping her. 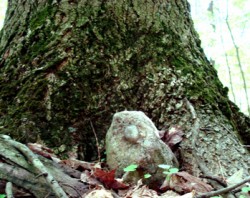 As an added bonus, the basic ritual dropped into my head right after the idea.  I had her sit comfortably and take off her shoes.  We began with a guided meditation, clearing and focusing before beginning to visualize roots growing from the base of her spine and the soles of her feet.  I knelt in front of her with my hands pressed to the floor as I opened my connections to Heaven and Earth.

Reaching down into the ground I gathered strands of energy and sent my mind down into the stone and earth till I found the place where the rocks go runny and hot.  Holding that connection I took her feet in my hands and gently pulled her into that energy with me – bringing that strength and solidity up as I pulled her energy down.

It lasted only a few minutes and I was only peripherally aware of what was happen to Sue, but I knew it was intense.  Slowly, the forces began to withdraw, but the paths we and they walked were/are still there.  For the first time, Sue had felt that grounding energy and felt that deep connection in a new and profound way making it easier for her to do it on her own, and that was the whole point!

She told me the other day that the energy has continued to evolve.  The raw power of grounding to the Earth has become more motherly and protective, like being held in immense and comforting arms. 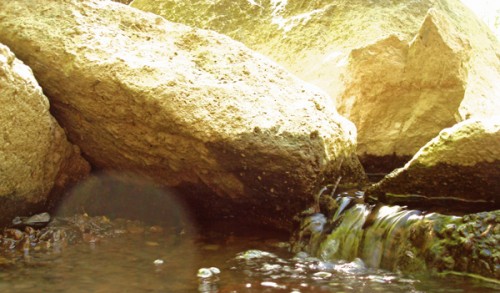